King Penguins breed on islands around the Antarctic continent (1). Their population in the South Atlantic is unevenly spread between the Falkland Islands/Malvinas and South Georgia: while more than 400,000 breeding pairs live on South Georgia, there is only a small breeding colony on the Falklands, established in the late 1960s, which produces about 500 chicks a year (2). 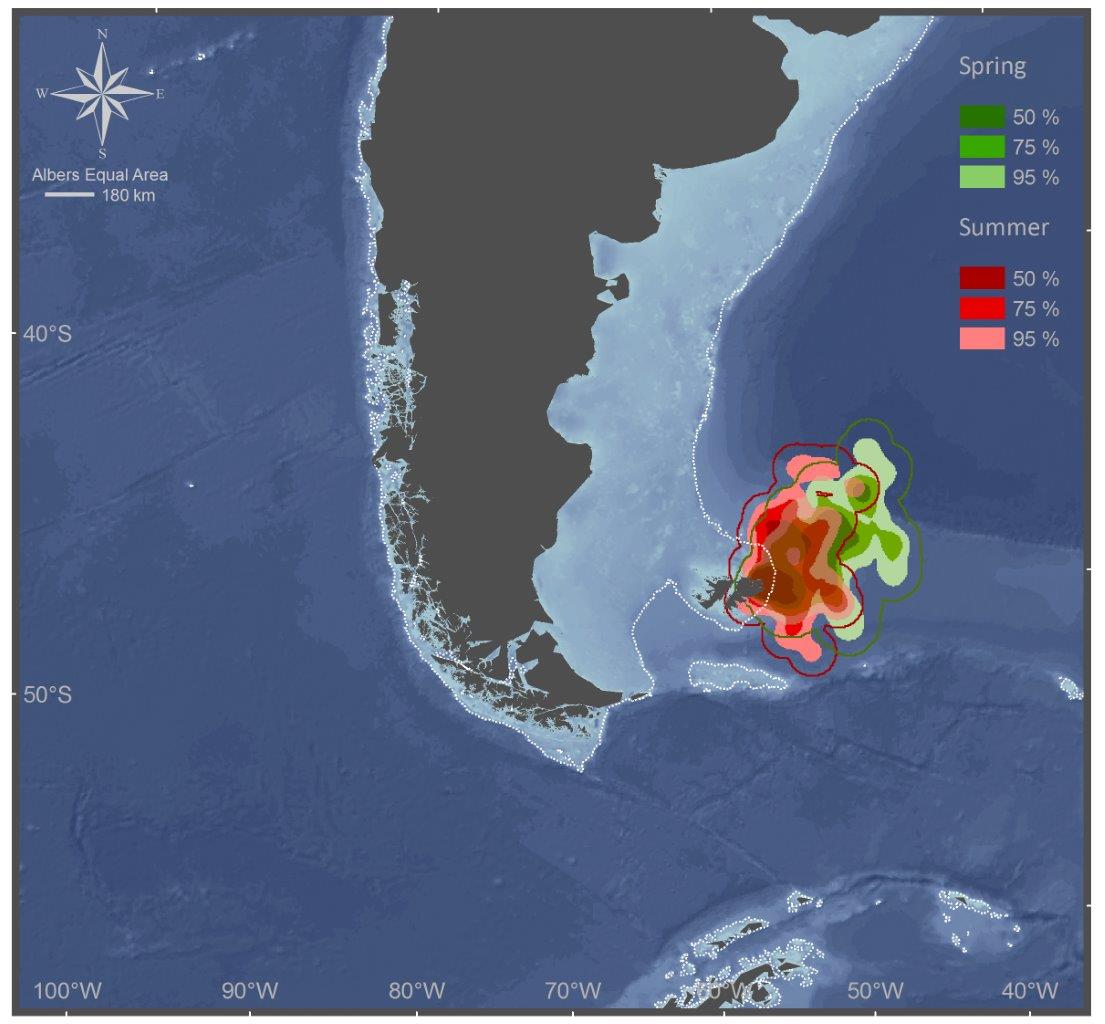 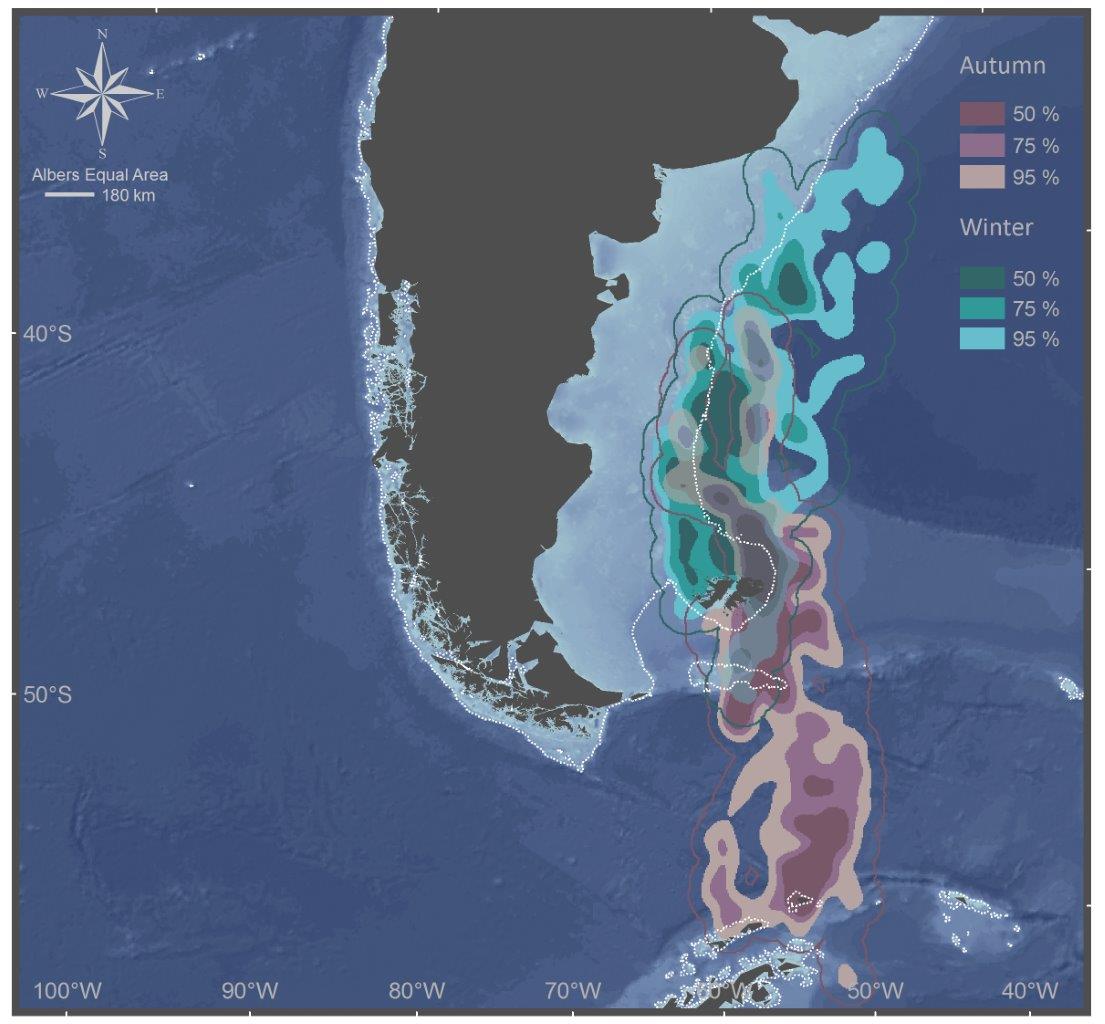 Studies on the breeding biology of King Penguins have shown that birds from the Falklands differ from their conspecifics at other breeding sites in that they have a shorter breeding period (3). They also differ in their preferred feeding areas (4) and their prey during the course of the year (5, 6). Research into their diving behaviour highlighted their great diving capabilities and also synchronized diving behaviour (7). However, juvenile King Penguins from the Falklands and South Georgia did not display these behavioural differences (8). These birds foraged, irrespective of their breeding site, mainly within the vicinity of the Antarctic Convergence and migrated from the Atlantic into either the Indian or Pacific Oceans.

Comparable studies were conducted on the foraging ecology of King Penguins from a colony in Bahía Inútil, Magellan Strait, Chile. This colony has established only recently and the first chick fledged successfully in 2015. The marine habitat of these birds differs greatly from that of conspecifics at other breeding sites, making this study highly interesting, especially with regard to behavioral adaptations in their diving behaviour (9) and their foraging ecology. 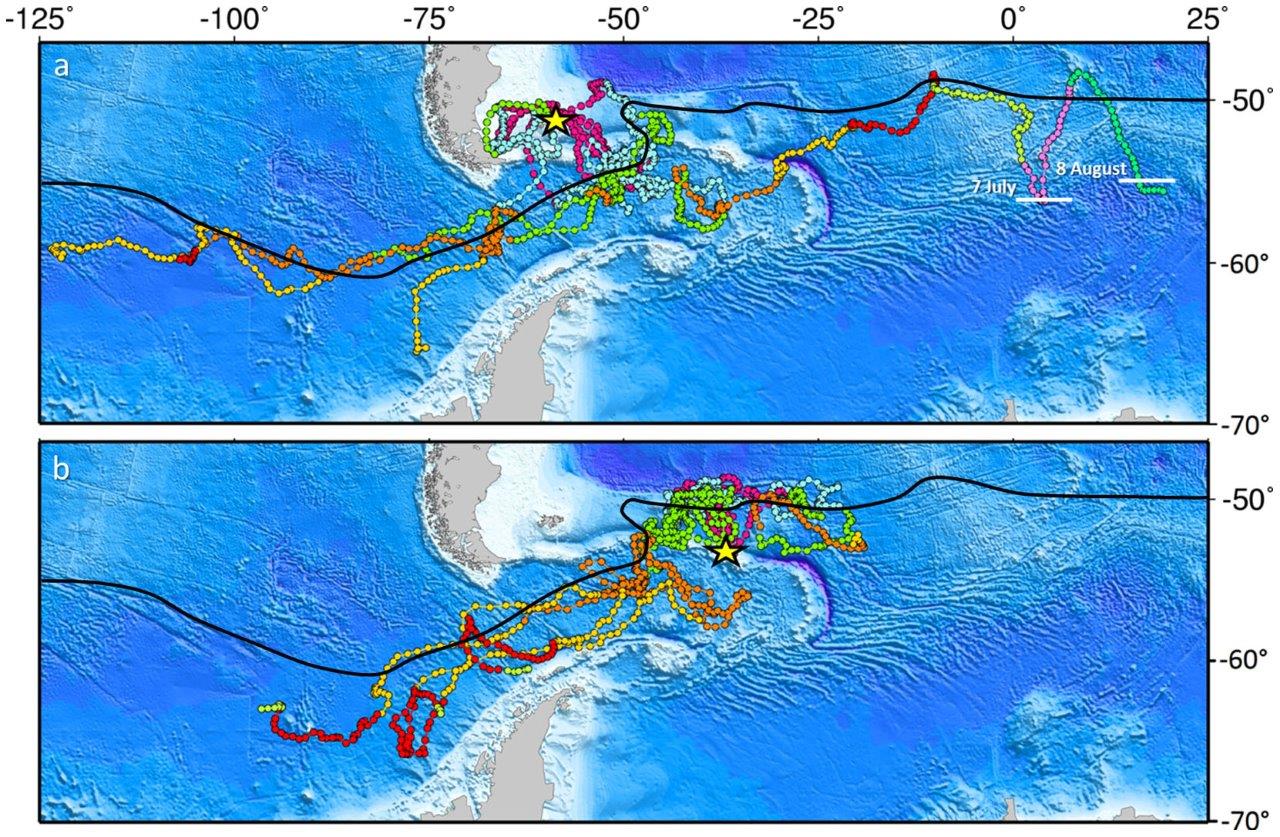 Dispersal of juvenile King Penguins from the Falklands and South Georgia